On the occasion of the European HIV-Hepatitis Testing Week, which is this year marked from 20-th to 27-th of November, Association Margina, in cooperation with the organization Partnerships in Health, organized free testing on HIV and hepatitis C.

„European testing week“ is an initiative launched by the organization “HIV in Europe” in 2013, to raise awareness about the importance of testing and the benefits that testing for HIV brings. It is a  week which leads up to the marking the World AIDS Day which is celebrated every year on the 1st of December. Since 2015, it also includes testing for hepatitis among people who are at risk, so now this initiative is called European HIV and Hepatitis Testing Week.

Testing Week provides an excellent opportunity for partners (civil society, health organizations, health professionals and policy makers) from across Europe to unite for a week in order to help more people become aware of their HIV and hepatitis status. The theme of this week is “Test. Treat. Prevent.” and is designed to encourage people to talk openly about the benefits of testing for HIV and hepatitis, in order to improve dialogue between all partners in this field.

What is the goal of the European HIV-Hepatitis Testing Week?

The ultimate goal of the European HIV-Hepatitis Testing Week is for more people to become aware of their HIV and hepatitis status and avoid late diagnosis of the infection, through educating them about the benefits of testing for HIV and hepatitis. The focus of the Week is to encourage dialogue among all partners in order to encourage individuals at risk of becoming infected to seek testing and in order for as much as possible testing to be offered to people at risk.

To date there is no reliable data on the number of infected with hepatitis C. Some free assessment says that Bosnia and Herzegovina has about 70,000 infected, and many are not even aware that they are infected. Treatment for hepatitis C is available but limited, because it is very expensive (costs about 40000KM) and is carried out long-term (24-48 weeks), depending on the genotype of the virus.

Over the past week, Drop-in Centres of the Association Margina in Zenica, Tuzla and Mostar, together with health professionals from VCCT centers, representatives of the organization Partnership in Health, organized free testing for HIV and hepatitis, both for their clients and for the general population.

Test results are as follows:

All people tested were informed about the work of the Association Margina, received informational and educational material, snacks and refreshments.

It should be noted that the European HIV-Hepatitis Testing Week attracted much media attention. All the events had very good media coverage, from event announcements to the very implementation of the activities. 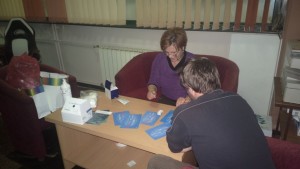 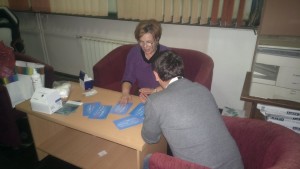 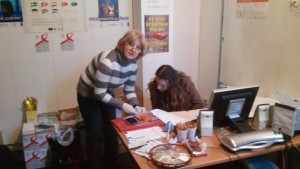