HIV is abbreviation for „human immunodeficiancy virus“, which affects human imune system. HIV virus affects only humans and is a precondition to get AIDS. This disease is contagious and incurable.

Since the beginning of epidemic, almost 78 million people were infected by HIV, and it caused death of almost 34 million people. World Health Organization (WHO) and Joint United Nations Program on HIV/AIDS (UNAIDS) estimate that in this moment almost 36.9 million (34.3-41.4 million) people are HIV positive. Yearly, over 2 million people gets infected, and more than 1 million dies due to the HIV related causes. It is estimated that more than 0.8 % of adults, age 15 to 49, live with HIV, although this numbers significantly differ in different countries and regions.

Today, people who are HIV positive, thanks to medication, can live relatively normaly. According to UN data, in the end of 2012., 35,3 million persons were living with HIV, which is 18% more than in 2001.

Virus is most commonly transmitted by sexual intercourse and less often by infected blood, from mother to child during pregnancy, birth or breast-feeding. Virus can not be transmitted by usual social encounters or by animals.

World AIDS Day is marked every year on December 1. Worldwide, in order to raise awareness of epidemic, encourage progress in prevention, treatment and care of HIV/AIDS, and express solidarity and support for people affected by this disease. In period from 2011-2015, theme of world AIDS day was focused on improvement and strengthening of public health programs and prevention and stigmatization of HIV/AIDS as a global response on epidemic, with the moto: „Getting to zero: zero new HIV infections. Zero discrimination. Zero AIDS related deaths.“

According to data from the year of 2013, there were 28 HIV positive persons in Canton Tuzla, 12 of which had AIDS. During 2013, 2 newly infected persons were registered, 11 patients were receiving therapeutic treatment, and 8 more were under active supervision, because infection was not in stadium that requires treatment. During the same year, 7 deaths caused by AIDS were recorded

This date concerns all of us, not only because we are all possible subject to risky behavior, but also because we can all contribute to greater awareness of this problem, as well as we can improve the conditions for infected and affected persons.

The symbol of the fight against HIV/AIDS is red ribbon, which has become recognized worldwide as a sign of solidarity with infected and affected people.

HOW CAN YOU SUPPORT WORLD AIDS DAY?

By raising the awareness of people about HIV/AIDS in your community.

By wearing red ribbon and suggesting others to do the same.

By protecting yourself – this is the primary and most important way of stopping AIDS spread.

If you think there is a reason – get tested for HIV.

On the occasion of this year`s marking of December 1, World AIDS Day, Association Margina organized events in restaurants, universities, student dormitories and other public places, where the staff of association informed and educated general public about HIV/AIDS, ways of transmission and how to protect oneself. The staff of the association also shared educational and promotional materials, with a goal of raising public awareness about HIV/AIDS, raising solidarity and reducing stigma and discrimination towards people living with HIV/AIDS, and also drawing attention to the dangers of risky behavior. 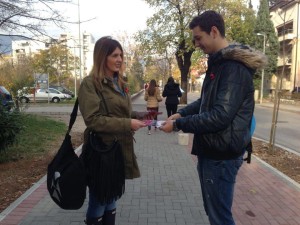 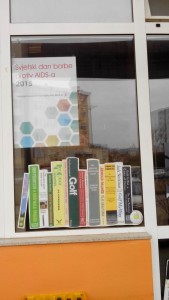 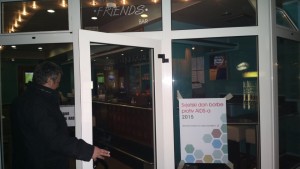 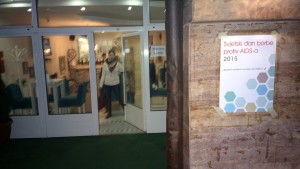 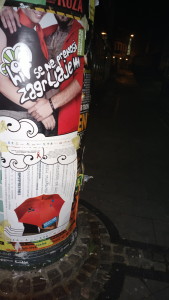 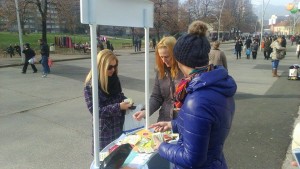 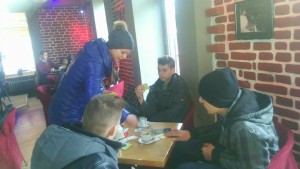 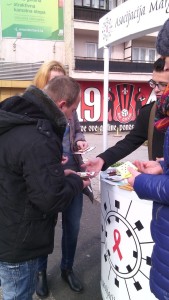 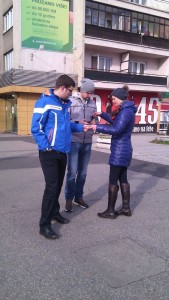